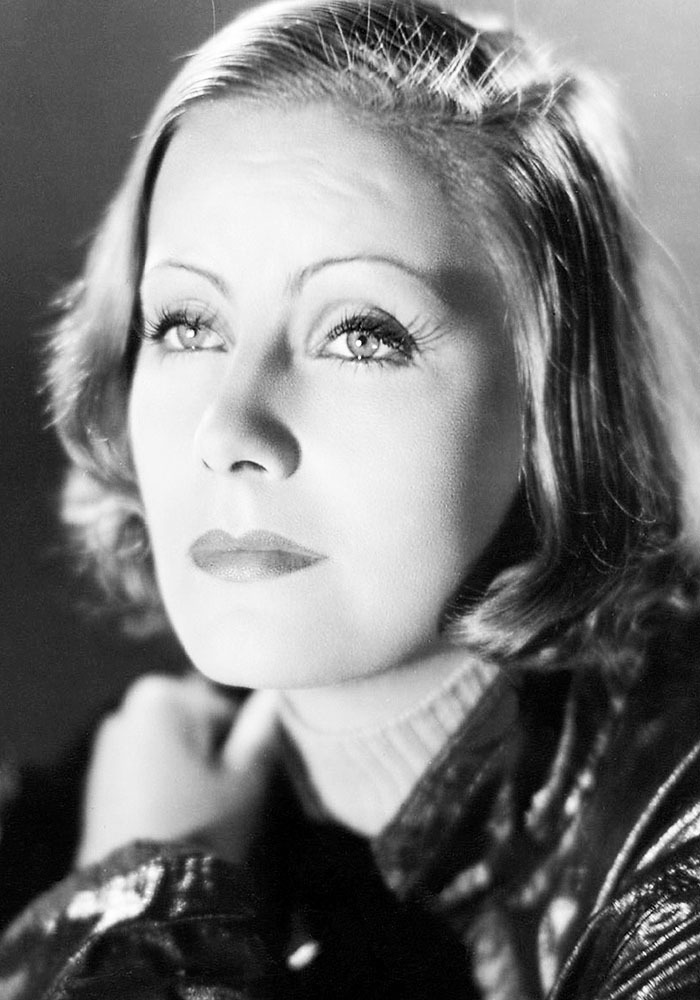 Lights of New York was the first '100% talking' feature, arriving in midsummer 1928 in theaters wired for sound. In the space of the following year, every Hollywood studio created a sound department and began releasing talkies.

The microphone did not simply add live sound; it dictated camera work, forced the creation of the modern screenplay, and called on film actors to project their personalities in dramatic speech. This piece surveys the accomplishments of actresses in the sound era.

A few stars were swept away in the sound revolution, some with chilling abruptness. May McAvoy is forgotten today, but she was a popular star of late silents, seen but not heard in The Jazz Singer. In her first 100% talker, The Terror, her voice recorded in what the New York Times reviewer called 'a lisping peep.'

By the end of 1928, her film career was over. Norma Talmadge was a much bigger star, but she retired after the failure of her second talkie, Du Barry, Woman of Passion. She had been a romantic lead for 15 years, and her fans moved on to new idols. Talmadge's voice was not as bad as some writers have described it.

Vilma Banky became a fan favorite with Ronald Colman in five romantic blockbusters. Samuel Goldwyn paid her 000 a week, but after producing her first sound vehicle, he judged her thick Hungarian accent as an intractable problem and found it cheaper to pay her not to work.

At MGM, the production heads watched Banky's fadeout and wondered anxiously about their most fascinating star, Greta Garbo who had been in America for four years, and her English was limited. They delayed her talkie debut until spring 1930, starring her as the Swedish girl in Anna Christie, and enjoyed a great success.

It was not just Garbo's charisma that won over the audience. Her sonorous voice added to her enchantment and her accent was actually an asset. In all her sound roles, Garbo's diction has a quality of precision: she sounds as if she is reaching inside herself and choosing her words with care.

Two other top MGM actresses recorded well. Norma Shearer had a pleasing lilt; her voice rippled through comic banter and wooing scenes. Joan Crawford proved to have a large, vibrant voice with just a hint of her Texas origins (occasionally dropping a 'g' off her verb endings.)

At Fox, the studio's survival hung on the continued box office of a handful of stars. Warner Baxter and Will Rogers carried over easily into sound, Baxter with a hearty baritone and Rogers with a chucklesome, wayward delivery straight out of the hills but which matched his beloved personality.

Janet Gaynor was Fox's top female star, and her voice was childlike if not squeaky but the fans took to it as it matched her doll-like face and trim dimensions, and it could easily express humor and intimacy.

At Paramount and later, Columbia, Jean Arthur made it through the early sound years with a voice even squeakier than Gaynor's. She could have done voice work as Olive Oyl. When her big break came in comedies directed by John Ford and Frank Capra, her voice was no impediment at all as its very quirkiness kept an audience waiting on her lines and emphasized her characters' obstinacy. Her wiry tones worked on the other characters' resolves, registering on the audience in a frequency Arthur owned.

Zasu Pitts was a third squeaker whose voice was ideal for the character parts that kept her in demand for 30 years and over 200 features and shorts. Her dithering mannerisms, her yelps and moans, also typecast her, for she was a good dramatic actress. Von Stroheim famously called her the screen's greatest actress after casting her in Greed and The Wedding March, but to the public, she was a comic figure. She played Lew Ayres' mother in All Quiet on the Western Front, only to have her scenes reshot with Beryl Mercer after preview audiences giggled at her acting.

In a class by herself is Marlene Dietrich. For seven years she appeared in German silents. Then The Blue Angel (1930) brought us the fully formed Marlene, with a rich, throaty voice that made her persuasive as Paramount's temptress and man-eater. Watch Blue Angel for one of the nastiest female laughs in film. It occurs midway, when Emil Jannings makes a stuffy marriage proposal to Lola-Lola (Dietrich). She answers with torrents of coarse, guttural laughter, which Jannings can't see for the contempt it is. It's a brilliant, disturbing moment.

Dietrich followed her Hollywood years by reinventing herself as a cabaret performer, touring and recording with great success. Her audience did not expect or desire to hear a conventional pop vocal performance. She did not have a wide vocal range, but she used elements of talk-singing and recitative in her act.

More voices in the pantheon:

Claudette Colbert had the richest, most musical voice in film, the aural equivalent of butterscotch pudding. She could sound notes of privilege, of camaraderie, of entreaty, of triumph. It Happened One Night gives you all of these, as well as her fake cornpone accent when she and Gable pretend to be bickering spouses.

Gracie Allen -- Her birdbrain persona required rapid delivery, and the audience had to understand every word to follow her insane logic. She nails every line perfectly.

Rosalind Russell -- Another comic chatterbox who delivered pages of staccato dialogue at unbelievable speed. In The Women and His Girl Friday the audience must attend closely to keep up with her. Russell was also adept at slower tempos and straight dramatic parts.

Jean Harlow/Eve Arden -- Many a writer must have felt blessed when Harlow and Arden delivered the zingers. Harlow's voice was saucy, open, Midwestern, unabashed, while Arden was in the style of acid with a false front of cordiality. Both pulverized their prey with their comebacks.

Katherine Hepburn -- Her unique voice is almost always described as Bryn Mawr. For two generations of filmgoers, she was the voice of feminism and Yankee staunchness. For bizarre examples of Hepburn reinventing her voice, watch her as the Ozark tomboy in Spitfire or the Russian air force captain in The Iron Petticoat.

Marjorie Main -- A big-hearted, blunt, horsy actress, Marjorie accentuated her outlandish features, especially her voice with its ferocious rasp, making a single word sound like a saw being pulled through hickory.

Kathleen Howard -- Playing W. C. Fields' embattled wife in It's a Gift and The Man on the Flying Trapeze, she's like an empress married to a junkman. Divine Kathleen! A former opera star, she had a rolling voice and imperious delivery that are made for the long, itemized complaints she makes to Fields.

Films give us the wonderful music of women's voices.

There are so many more: Hattie McDaniel, with her deep, grounded delivery; the self-definition in every line Bette Davis utters; the burnished flow of Jeannette MacDonald's soprano as she sings a ballad or takes up arms on the lovers' battlefield; Alice Brady's wobbly, giggling, high-pitched musings; Marilyn Monroe, voicing a breathless romantic fog; Margaret Hamilton's words driven in like carpentry nails; Stanwyck's purring insinuations; Garland's wounded laughter; the full melodeon spectrum from Lauren Bacall to Olivia de Havilland to Butterfly McQueen.