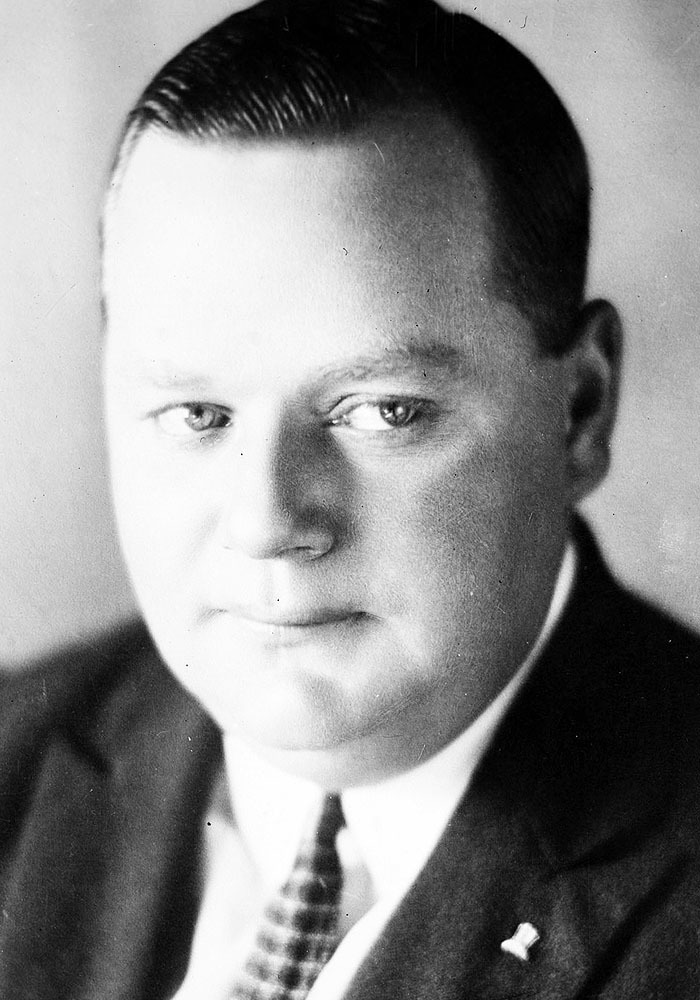 Roscoe Arbuckle is remembered less for his comic artistry than for the 1921 scandal that brought his acting career to an abrupt halt. Arbuckle's films were pulled from U.S. theaters in the crucial year when he, the other reigning male comedy stars, Chaplin, Keaton and Lloyd, were transitioning from shorts to features, becoming a study in frustration and unrealized potential.

Roscoe's friends got him directing jobs, and he also wrote gags and complete scenarios for other comics. In the last year of his life, 1932-1933, he returned as an actor in a series of comedy shorts at Warner Brothers.

From the mid-teens through Labor Day weekend of 1921, Arbuckle was a huge favorite with the movie going public. He had been a touring actor specializing in revue sketches and comic song, and he had at least two assets perfect for the screen: an impish, animated face his audience loved, and a surprisingly graceful carriage. The producers of the Forgotten Films Arbuckle retrospective call him Gleasonesque. Watch him flip pancakes in The Waiter's Ball, boot his hat off the floor and on to his head, or any of a hundred full-body falls, and you're watching a master of physical comedy.

For decades, it was next to impossible for film buffs to see Arbuckle's work. A few of his Keystone two-reelers with Mabel Normand showed up on public television. The nine features he made in the year and a half before the scandal seemed to have vanished. (At least four of them survive.) Roscoe starred in over 120 silent shorts -- where were all these films?

In recent years, dedicated collectors and archivists have restored and released a cross-section of the Arbuckle films. For many silent fans, he has reclaimed his position as a formative talent who was present at the beginning of screen comedy still making us laugh today.

A good place to tour Arbuckle's career is the four disc Forgotten Films of Fatty Arbuckle, which brings together several films he starred in (and in many cases, wrote and directed), as well as films he directed in the mid-20s (as William Goodrich). The producers prove their bona fides as film lovers by providing top talent in musical accompaniment, including several scores by the Mont Alto Motion Picture Orchestra and numerous appearances of the virtuoso Philip Carli.

The first segment of the collection brings together nine of Roscoe's one- and two-reel comedies from 1913-1916, all made at Mack Sennett's Keystone Studios. Here, Roscoe contributed to the synergy of Sennett's stock company, which included Chaplin, Mabel Normand, Mack Swain, and Al St. John, as they discovered how to make comedies in silent film. Keystone comedies are chaotic, knockabout farces, without nuance or pretension. Many of them were shot on L.A.'s streets and city parks in natural sunlight.

Typically, there were two or three minutes of exposition to establish Fatty's character, which might be a hobo, a country lad, or a henpecked husband. Then came slapstick. Sennett's films delivered wild mayhem to the fans, and Fatty had the energy these films demanded. His early films feature relentless strings of physical gags, including battles of the sexes, rooftop chases, falls off of piers, and car chases. Sometimes, for no apparent reason, the Keystone Kops charge in. Frequently, Fatty is shown in a swimsuit, or makes an escape in women's clothes.

Three of the shorts co-star Mabel Normand, the ideal co-star and a fearless comedienne who, like Arbuckle, played the broad end of comedy. She mugged, leaped about like a dervish, and pitched into fights, anything for a laugh.

Charles Chaplin appears twice in the films. He has a bit as an inept referee in The Knockout. In The Rounders, he is Arbuckle's co-star. They play two gentleman drunks at war with their wives. Arbuckle matches Chaplin's dexterity. There is a joy in their collaboration as they work out a jerky drunkard's walk that carries them through the film.

These early Keystones are low comedy and exhausting to watch after a while. If you watch one or two at a sitting, you will have a better appreciation of them. They transport you back to a time when Americans laughed at a group of frantic comedians improvising gags around the most basic story set-ups.

This last disc collects six two-reelers from 1915-1919, following Arbuckle from Keystone to Paramount. It also shows the transition to longer sequences and running times. A few of these films push the half hour mark. In Coney Island (1917), we see Buster Keaton in a supporting role. Arbuckle mentored Keaton at Paramount, and Keaton never forgot his debt. Coney Island also contrives to get Fatty in drag as well as a swimsuit. Because the beach house has no men's suit in his size, he makes off with a heavy woman's swimsuit, cruising the women's changing room in a scene that must have made the audience howl in 1917.

In Fatty's Tintype Tangle, released in two parts in 1915, he contends with a haughty wife and a spiteful mother-in-law. Fatty innocently gets his picture taken with a lady in the park (Louise Fazenda), and everyone assumes they're having an affair. The lady's husband shows up, and he and Fatty battle it out throughout the house, nearly wrecking the place.

Love (1919) shows the stronger story values that came in the late teens. After a clumsy first reel that sets up Fatty and Al St. John as rivals for the hand of a farmer's daughter, there's a nifty plot complication in reel 2. After being driven off the farm, Fatty returns in drag as the new cook, contriving to stand in for the groom at a wedding rehearsal, so he can later reveal his true identity and claim that he is the girl's husband.

By the end of 1919 Arbuckle was just months away from his first feature films -- and his last, brief blaze of stardom.

The last disc presents the most far-ranging selection and perhaps the most fascinating viewing in the set, leading off with Leap Year (1921), a six reel feature released only in Europe. Like the other Arbuckle features which have turned up in recent years, it is plot-heavy, with only a few sequences for the star to show his gift for physical comedy. After watching it, run it again with the commentary track and spend an hour listening to three of the project's producers (and the world's ultimate Fatty fans -- they don't even call him Fatty). Their discussion takes on the jokey, literate, detail-driven character of shop talk among lifelong film buffs.

Next up is a fascinating split reel of stage star Carter De Haven doing impressions of six silent screen idols, including Arbuckle. The film is called Character Studies, and its origins are obscure. One theory is it was commissioned for a party at Pickfair, and released much later as a short subject.

Filling the rest of the disc are five comedy shorts Arbuckle directed between 1925 and 1932, starring Al St. John, Lloyd Hamilton, Johnny Arthur, and Lupino Lane. On three of the shorts, Arbuckle has the writer's credit as well. We get a glimpse of the kinds of stories Arbuckle might have created for himself if he'd been on-screen during these years. Curses (1925) is a send up of cliffhanger melodramas, with elaborate sight gags. In one scene, desperadoes surround the hero's cabin and hurl rocks through the windows, all of which sail out the opposite window, hitting the attackers and leaving all of them knocked out by friendly fire.

The Movies (1925) has a country boy (Lloyd Hamilton) leaving home to join a movie company. It ends with a clever and unexpected sight gag, too perfect to reveal here. Arbuckle wrote the scenario, so it was likely his invention.

We can only speculate on Arbuckle's artistic growth had he not experienced career meltdown. He might have followed Harold Lloyd and Chaplin into independent production; he might have cut back on his releases, surrounded himself with an expert production team, hand-picked his co-stars, and perfected the comedy feature format. Perhaps there would have been a reteaming with Mabel. Arbuckle's potential is evident in the films he left us.