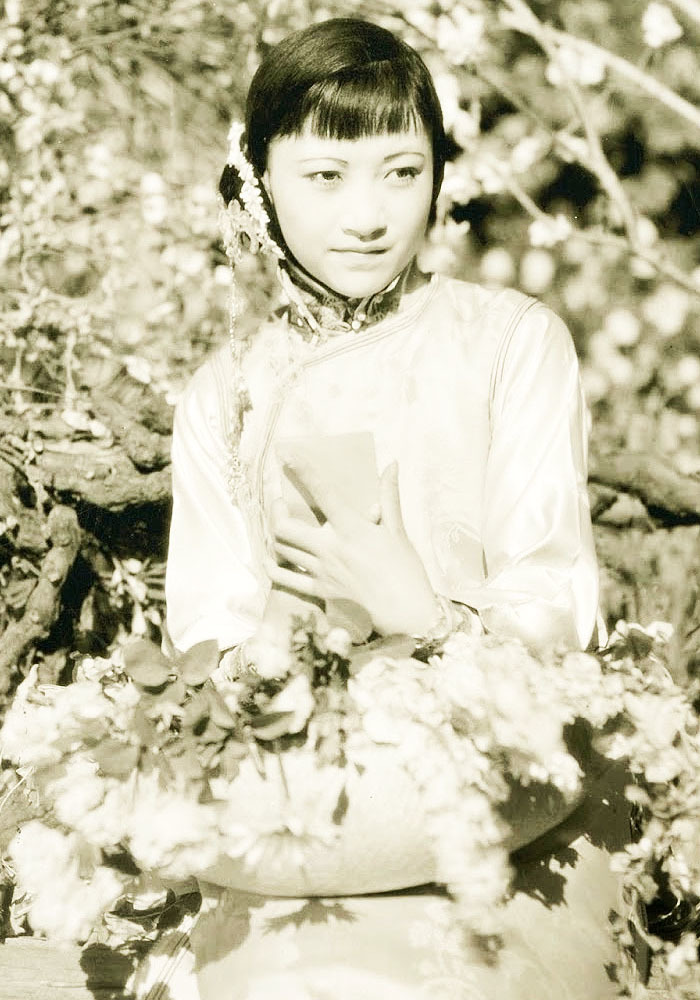 Silent Cinema: They Had Color Back Then

Too many people, black and white is synonymous with 'old' movies. Therefore, it comes as a surprise when they discover just how colorful the world of silent film was. Color was present in motion pictures from the very beginning. Thomas Edison's motion pictures were advertised as having hand-colored footage of dancers, their twirling dresses ideal for disguising imperfections in the applied dyes.

By far the most common method for adding color to silent cinema was to use tinting and toning. That is, the entire scene would be colored a particular shade. What's the difference between tinting and toning? To put it simply, tinting colors is the 'whites' while toning colors the 'blacks' of the film. Some films were tinted in one shade and toned in another for a beautiful two-color effect.

In addition to adding color to the film, tinting was used for narrative effect. For example, a character might walk into a dark (blue tint) room and then turn on a lamp (gold tint). Tinted film did not have to be literal, though, and filmmakers used tints to create a mood; rose for romance, lavender for eeriness, green to convey the lushness of a country scene. Color could also be used for copyright purposes and some studios had the title cards of otherwise black and white films tinted in order to deter piracy.

It has been estimated that up to 85% of silent films featured at least some color tinting and toning. Tinted footage could be achieved by either using a chemical process after the scene was shot or by using pre-dyed film stock.

Films like The Burning Crucible illustrate the power of tinting and toning for both literal and symbolic communication. The audience is shown cherry red infernos, fluttering gowns with green tint and yellow tones, pink romance and blue night for a visual feast.

These color methods are exactly what they sound like. The physical film cell has color applied to it directly, either freehand or by using stencils. Color is only limited to the imagination.

Often found in French films (but by no means exclusive to them), it was a creative expression, a way of beautifying film. It was part of the movie's plan, an extension of the filmmaker's vision. And guess what? In France, women were quite often the brains of the color outfit. (This was due to a common gender stereotype that women were innately suited to the task, but unlike many of these stereotypes, the result was higher wages and better positions.)

These color films were considered highly desirable by audiences and distributors could charge several times the asking price of a black and white film. Even when the process was somewhat automated by Pathe's innovative stencil machine, it still remained a time-consuming task to color. Therefore, many pictures optioned for stencil color sequences, though there were some that were 100% color.

For example, the 1925 feature film Cyrano de Bergerac features stencil color in every single scene, a process that took three years to complete. In his essay on the picture's production, film producer David Shepard describes the stencil color process: 'In Paris, the film was projected frame by frame onto a ground glass screen, where Mme. Thullier, the most famous stencil-color artist, selected the colors and traced, one color at a time with a device called a Pantograph, the area of each frame of film chosen for each of up to four colors.'

For an example of earlier hand-coloring, check out the restored version of A Trip to the Moon, which showcases all the beauty of the French color process. Aliens disappear into puffs of pink and orange smoke, the stars glow bright yellow and the rocket to the moon is an orange-gold. The moon itself? Soft yellow, but the rocket lodges itself in the moon's eye, which produces a stream of red. No one ever said silent movies were safe.

Early hand-painted and stencil-colored films have a homemade, blotchy quality that's charming in and of itself. Later stencil processes were considerably more detailed and fit the action almost seamlessly. The process gives films a glorious watercolor look and it is a pleasure to view them.

The two methods discussed so far were about adding color to a film. Motion picture film that captured natural color had been experimented with for years (and the history of these experiments would be a book in itself) but the most commercially viable process was an early form of Technicolor.

The color film used in silent films is often referred to as two-color because two-color Technicolor only captured red and green. As a result, films made using this process did not have a full palette. However, they have a subtle, watercolor-like feel to them and are quite lovely in their own right.

Because color film was expensive and difficult to deal with, it was most often used in relatively short sequences, usually during scenes that the producers considered to be show-stoppers. However, some silent films were shot entirely in color. (It's quite humorous that the 1939 version of The Wizard of Oz is praised for its 'innovative' sepia-to-color when the concept was decades old.)

The Toll of the Sea was one of the earliest all-color feature films and it is a visual feast, with sea foam silk frocks, red flowers and the moody sea. Lush garden scenes and beautiful Chinese fashions are showcased to perfection thanks to color film technology. Douglas Fairbanks also made use of color in The Black Pirate, a film with a palette based on famous adventure illustrations.

There were many other methods of adding color to silent films, but these were the main methods. Whichever technique the filmmakers opt to use, silent movies were a bright and colorful art. Unfortunately, the original colors of the films sometimes did not survive. In the early days of film preservation, safety film was black and white and so many tints, hand-colors and natural colors were lost in the process of saving a picture. Film restoration experts have been able to return many films to their old, colorful selves but many more are still available only in black and white.

Color silent films have a rich and beautiful history and exploring them is a real treat. All movie fans are encouraged to dive into the topic. The water's fine! (Albeit a little green if we are using early Technicolor to record this.)