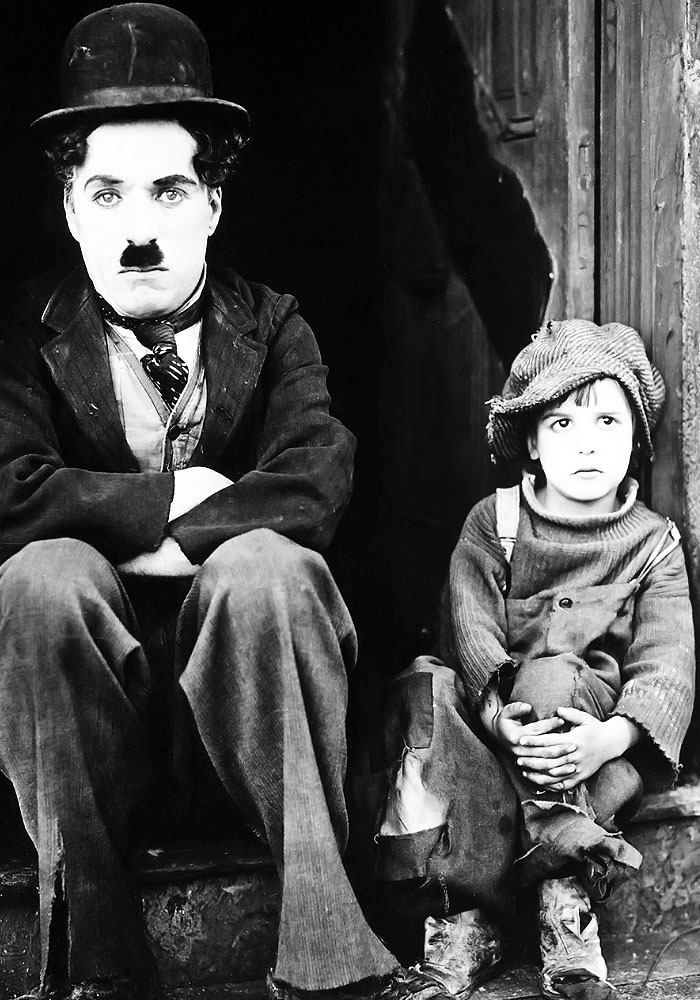 Silent movies often feature sweeping romances but today we're looking at different kinds of love: friendships and the family dynamic. We'll look at a variety of families to see if this is true for silent films. Tolstoy wrote 'All happy families are alike; each unhappy family is unhappy in its own way.'

Here is a selection of silent films that explore various types and aspects of friendship.

Before he directed All Quiet on the Western Front, Lewis Milestone made a buddy war comedy called Two Arabian Knights (1927), earning Milestone his first Oscar (the only time the award was split between drama and comedy) and he deserves it. William Boyd and Louis Wolheim are delightful as a pair of squabbling doughboys who find themselves captured by the Germans. They escape and end up rescuing a princess (Mary Astor) from marrying a cad. There's romance and adventure, certainly, but what really puts the film over is the charming frenemy behavior from Boyd and Wolheim.

Corporal Kate (1926) is rife with war film cliches but its main characters, manicurists who volunteer as entertainers during the First World War, have genuine chemistry. Kate (Vera Reynolds) and Becky (Julia Faye) sail for France but quickly find that real warzones are nothing like New York City. They are put up in a nasty stable and complain about it, but then they roll up their sleeves and get to work. They sweep the floors, move enormous wagon wheels and put their noses to the grindstone. The whole time, they are believable as a pair of slightly naive but game young women doing their best, and they work well as a team. No cattiness or nastiness between them and while Becky is clearly meant to be the more comedic of the two, she is not purely a figure for ridicule.

The oft-filmed The Four Feathers (1929) features friendship of a darker sort when a British officer is accused of cowardice. Richard Arlen plays the hero and his friends are played by Clive Brook, William Powell, and Theodore von Eltz. It's very stiff upper lip stuff handled with great flair and is unfortunately overshadowed by the 1939 version, which, in all fairness, is excellent in its own way.

Friendship takes a sadder turn in Kean (1924), which features Ivan Mosjoukine as the legendary Shakespearean performer Edmund Kean and Nicolas Koline as Kean's only friend, a theater prompter who serves as the famous actor's nursemaid. He has his work cut out for him but remains the only loyal figure in Kean's life as the thespian begins his inevitable downfall.

Speaking of thespians, John Ford's meandering but delightful comedy Upstream (1927) is set in a boarding house for actors and features a large cast of characters. When one of their own (Earle Fox) is plucked from obscurity and finds fame on the stage, the other residents are delighted, but their excitement turns to irritation when he returns to them with a swelled head. Fox soon learns he cannot take the boarding house family's friendship for granted.

Silent films are jam-packed with fantastic character actors of every age, so finding talented performers to play parents, uncles, aunts, siblings, etc. was never a problem. Of course, whether or not these families are happy is a matter of perspective and genre.

The Patsy (1928) is a delightful Marion Davies dramedy about sibling rivalry and parental alienation. Where's the comedy in that? Well, we know Davies is funny but her mother is played by Marie Dressler. Dressler prefers her other daughter and poor Davies is left with the scraps to become the 'patsy' of the title. (The character is also named Patsy, as if all of this is not obvious enough.) The father of the family (Dell Henderson) needs to pluck up the nerve to stand up for poor Davies before permanent damage is done. All of this sounds terribly dramatic on the page but the film itself keeps a light touch. The highlight is Davies' tour de force impression scene in which she wickedly mimics other Hollywood film stars.

Charlie Chaplin has made many classics but The Kid (1921) has a special place in many hearts. Chaplin plays a tramp, of course, who finds an abandoned baby. The baby grows into Jackie Coogan, as adorable as can be, but do-gooders threaten to take the boy away from his adopted father. Chaplin and Coogan act the heck out of the story and the comedian's patented blend of laughter and tears has rarely been more touching.

The Captive (1915) is an oddball of a picture, a POW rom-com if you can believe it. Written by Cecil B. DeMille (who also directs) and Jeanie Macpherson, it's about a young woman in Montenegro (Blanche Sweet) who is given a Turkish POW (House Peters) to work her farm. The film centers on the romance between these erstwhile enemies, but one of the sweeter elements is the relationship between Sweet and her character's kid brother (Gerald Ward). Sweet and Ward are subtle and do not rely on cutesy behavior. Their relationship is warm and affectionate with a little bit of mischief.

We're back on a darker topic with Asphalt (1929). Directed by Joe May, it's about a German policeman (Gustav Frohlich) who falls in love with a thief (Betty Amann). The picture's main subplot concerns the policeman's relationship with his authoritarian father (also a policeman) and his sensitive and affectionate mother. Everything falls apart in spectacular fashion, of course, because after all, this is Weimar cinema.

Speaking of falling apart, it's time to move onto our last title, The House of Mystery (1923). While labeled as a serial, this Russian emigre production has little in common with the American cliffhanger serials of the time. Ivan Mosjoukine plays a man framed for murder by a jealous rival. He breaks out of jail, determined to prove his innocence and reunite with his beloved wife and daughter. While there is adventure and some impressive action sequences, the picture never forgets the family dynamic at the center of the story and returns to it again and again. There are issues of trust and a few dark turns. Will family love conquer all? Some really first class entertainment to be had here.