Criterion has announced their July releases: Dietrich & von Sternberg in Hollywood and A Matter of Life and Death (1946).

The six film Dietrich collection will street on July 3rd while Life and Death will be out on July 24th.

All six Dietrich films were previously released on DVD by Universal in various sets and singles, while the Powell and Pressburger fantasy received a DVD release from Sony back in 2009.

Each will be released separately on Blu-ray and DVD. 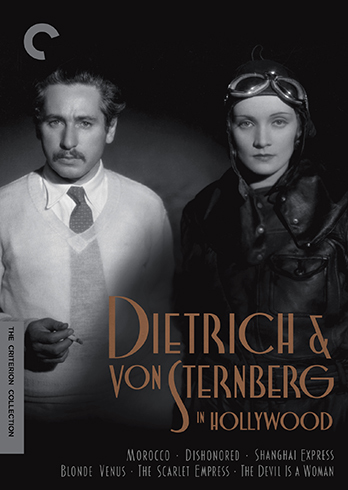 Tasked by studio executives with finding the next great screen siren, visionary Hollywood director Josef von Sternberg joined forces with rising German actor Marlene Dietrich, kicking off what would become one of the most legendary partnerships in cinema history.

Over the course of six films produced by Paramount in the 1930s, the pair refined their shared fantasy of pleasure, beauty, and excess. Dietrich’s coolly transgressive mystique was a perfect match for the provocative roles von Sternberg cast her in—including a sultry chanteuse, a cunning spy, and the hedonistic Catherine the Great—and the filmmaker captured her allure with chiaroscuro lighting and opulent design, conjuring fever-dream visions of exotic settings from Morocco to Shanghai.

Morocco (1930, 92 min.)
With this romantic reverie, Marlene Dietrich made her triumphant debut before American audiences and unveiled the enthralling, insouciant persona that would define her Hollywood collaboration with director Josef von Sternberg.

Set on the far side of the world but shot outside Los Angeles, Morocco navigates a labyrinth of melancholy and desire as the cabaret singer Amy Jolly (Dietrich), fleeing her former life, takes her act to the shores of North Africa, where she entertains the overtures of a wealthy man of the world while finding herself increasingly drawn to a strapping legionnaire with a shadowy past of his own (Gary Cooper). Fueled by the smoldering chemistry between its two stars, and shot in dazzling light and seductive shadow, the Oscar-nominated Morocco is a transfixing exploration of elemental passions.

Dishonored (1931, 91 min.)
In Josef von Sternberg’s atmospheric spin on the espionage thriller, Marlene Dietrich further develops her shrewd star persona in the role of a widow turned streetwalker who is recruited to spy for Austria during World War I. Adopting the codename X-27, Dietrich’s wily heroine devotes her gifts for seduction and duplicity—as well as her musical talents—to the patriotic cause, until she finds a worthy adversary in a roguish Russian colonel (Victor McLaglen), who draws her into a fatal game of cat and mouse and tests the strength of her loyalties.

Reimagining his native Vienna with customary extravagance, von Sternberg stages this story of spycraft as a captivating masquerade in which no one is who they seem and death is only a wrong note away.

Shanghai Express (1932, 82 min.)
An intoxicating mix of adventure, romance, and pre-Code salaciousness, Shanghai Express marks the commercial peak of an iconic collaboration. Marlene Dietrich is at her wicked best as Shanghai Lily, a courtesan whose reputation brings a hint of scandal to a three-day train ride through war-torn China.

On board, she is surrounded by a motley crew of foreigners and lowlifes, including a fellow fallen woman (Anna May Wong), an old flame (Clive Brook), and a rebel leader wanted by the authorities (Warner Oland). As tensions come to a boil, director Josef von Sternberg delivers one breathtaking image after another, enveloping his star in a decadent profusion of feathers, furs, and cigarette smoke. The result is a triumph of studio filmmaking and a testament to the mythic power of Hollywood glamour.

Blonde Venus (1932, 94 min.)
Josef von Sternberg returned Marlene Dietrich to the stage in Blonde Venus, both a glittering spectacle and a sweeping melodrama about motherly devotion.

Unfolding episodically, the film tells the story of Helen (Dietrich), once a German chanteuse, now an American housewife, who resurrects her stage career after her husband (Herbert Marshall) falls ill; she then becomes the mistress of a millionaire (Cary Grant), in a slide from loving martyr to dishonored woman.

Despite production difficulties courtesy of the Hays Office, the director’s baroque visual style shines, as do one of the most memorable musical numbers in all of cinema and a parade of visionary costumes by von Sternberg and Dietrich’s longtime collaborator Travis Banton.

The Scarlet Empress (1934, 104 min.)
Marlene Dietrich stars in Josef von Sternberg’s feverishly debauched biopic as the spoiled princess Sophia Frederica, who grows up being groomed for greatness and yearning for a handsome husband.

Sent to Russia to marry the Grand Duke Peter, she is horrified to discover that her betrothed is a half-wit and her new home a macabre palace where depravity rules. Before long, however, she is initiated into the sadistic power politics that govern the court, paving the way for her transformation into the imperious libertine Catherine the Great.

The Devil Is a Woman (1935, 79 min.)
Josef von Sternberg and Marlene Dietrich went out with a bang in their final film together, The Devil Is a Woman, a surreal tale of passion and danger set amid the tumult of carnival in turn-of-the-twentieth-century Spain.

Through a series of flashbacks, Captain Costelar (Lionel Atwill) recounts to the young Antonio Galvan (Cesar Romero) the story of his harrowing affair with the notorious seductress Concha Perez (Dietrich), warning his listener to gird himself against her charms. Despite his counsel, Galvan falls under Concha’s spell, leading to a violent denouement.

Ever the ornate visual stylist, von Sternberg evokes Spanish culture with a touch of the luridly fantastic, further elevated by Travis Banton’s opulent costume design and award-winning cinematography by von Sternberg himself. 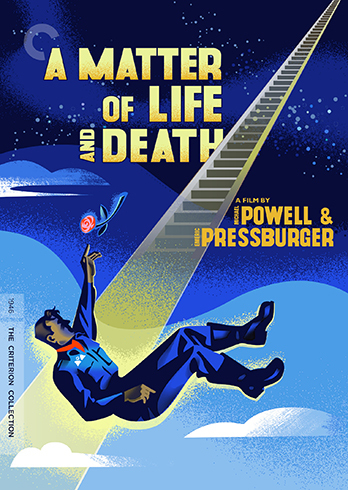 After miraculously surviving a jump from his burning plane, RAF pilot Peter Carter (David Niven) encounters the American radio operator (Kim Hunter) to whom he’s just delivered his dying wishes and, face-to-face on a tranquil English beach, the pair fall in love. When a messenger from the afterlife arrives to correct the clerical error that spared his life, Peter must mount a fierce defense for his right to stay on earth—painted by production designer Alfred Junge and cinematographer Jack Cardiff as a rich Technicolor Eden—climbing a wide staircase to stand trial in a starkly beautiful, black-and-white modernist heaven.

Peppered by humorous jabs intended to smooth tensions between the wartime allies Britain and America, Michael Powell and Emeric Pressburger’s richly humanistic A Matter of Life and Death traverses time and space to make a case for the transcendent value of love.