The O. Henry Playhouse - The Vol. 2 This March

Now available for the first time on DVD from ClassicFlix—13 more episodes from a long lost television anthology series spotlighting the works of one of America's most beloved short story authors.

On March 22nd, The O. Henry Playhouse - The Complete Series, Vol. 2, starring Oscar-winning actor Thomas Mitchell as O. Henry, will debut. Many notable guest stars are featured in each episode including Chuck Connors, Richard Arlen and the late Tommy Kirk.

More information on this 19th Silver Series release below.

Volume 1, with the first 13 episodes of the series, was released a few weeks ago on November 30th. Check out a clip from Volume 1 here. 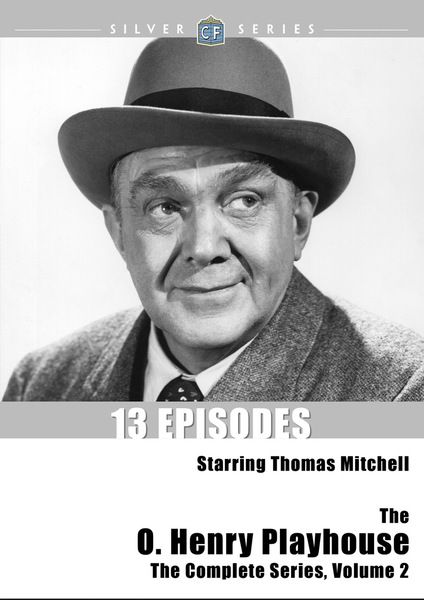 Now available for the first time on DVD from ClassicFlix—a long lost television anthology series spotlighting the works of one of America's most beloved short story authors!

William Sydney Porter, better known by his pen name O. Henry, is celebrated the world over for his humorous writing style which is also noted for its surprise endings. His works include such classics as "The Duplicity of Hargraves" and "The Cop and the Anthem”; and he was also the creator of The Cisco Kid!

Executive producers Jack J. Gross and Philip N. Krasne (Mayor of the Town) brought O. Henry's prolific output to TV screens in 1957 with The O. Henry Playhouse. Academy Award-winning actor Thomas Mitchell (Stagecoach) portrays writer O. Henry himself in each episode as he describes his current story-in-progress to his publisher and others he interacts with.