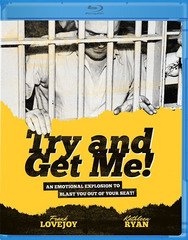 In 1933, Brooke Hart, heir to the Leopold Hart and Son department store in San Jose, California, made national headlines after being kidnapped for ransom and later murdered. The alleged suspects, Thomas Harold Thurmond and John M. Holmes, were strung up in a park by a vigilante mob before they could receive their day in court. (It is often referenced as 'the last lynching in California,' though a later 1947 lynching in the Golden State has thrown some doubt on this claim.)

The story attracted nationwide attention because the lynching itself became a media event ('an outburst characterized by hysteria and ribaldry,' observed The New York Times), and the Hart matter inspired a 1936 motion picture entitled Fury, directed by German expatriate Fritz Lang. In that film, Spencer Tracy plays a luckless individual who is thought dead after a bloodthirsty mob sets fire to the jail in which he is cooling his heels as a murder suspect; his 'death' results in a murder trial for several individuals from that mob before the love of Sylvia Sidney redeems him from his hatred and vengeance.

Fourteen years later, author Jo Pagano drew on the events in the notorious Brooke Hart affair as the basis for his 1947 novel The Condemned, and shortly after its publication Pagano was pressed into service by Hollywood to write a screenplay based on his work. Its original title, The Sound of Fury, refers to the roar of the mob as they carry out the hanging of the book's two murder suspects, but it also makes a wry reference to Lang's 1936 film. Because the movie was a dud in premieres at the box office, producer Robert Stillman retitled the movie (except in L.A. and N.Y., where publicity was already saturated with the film's original moniker) Try and Get Me! (1950).

The protagonist of Try and Get Me, Howard Tyler (Frank Lovejoy), will be a familiar figure to fans of film noir: an ex-GI, Tyler uprooted his pregnant wife Judy (Kathleen Ryan) and son Tommy (Donald Smelick) from Boston to Santa Sierra, California in the hopes his employment prospects would be a bit brighter. But Howard is having difficulty finding work, and with the bills piling up and a second child on the way, tensions at Casa del Tyler are understandably so thick they could be sliced with a butter knife.

Having a beer at a bowling alley, Howard makes the acquaintance of Jerry Slocum (Lloyd Bridges), a fellow WW2 veteran. Jerry doesn't seem to have any setbacks in the greenbacks department: he flashes an impressive roll in front of Howard, and back at his apartment shows off a love for the finer things in life -- silk shirts, platinum cufflinks, expensive cologne. Slocum even has a job proposition for Howard if Tyler wants it.

But after hearing the job will involve him acting as wheelman while Slocum conducts a series of grocery and liquor store robberies, Howard isn't so sure. That's when Tyler witnesses how quickly his new friend can go from charm to harm in five-point-two seconds. Frightened, Howard reluctantly agrees to drive the getaway car, and a few heists net him a tidy little sum -- so tidy he's able to buy groceries for his family, and treat them to new clothes at a local department store.

Soon, Jerry becomes dissatisfied with the chicken feed obtained from their penny ante crimes; he talks Howard into kidnapping Donald E. Miller (Carl Kent), the son of one of Santa Sierra's wealthiest families. The kidnapping plot soon goes haywire, and an enraged Jerry murders Miller with a boulder to the skull. Howard is powerless to stop his psychotic partner.

Though the pair attempt to continue with their original scheme (they journey to a neighboring town in order to mail a ransom note to Miller's parents) it's not long before Howard, wracked with guilt, blurts out his involvement to a manicurist named Hazel Weatherman (Katherine Locke), and he's soon picked up by the police. Jerry is also rounded up not long after, with the two men facing bigger problems than just a murder rap: newspaper columnist Gil Stanton (Richard Carlson) has ginned up so much public sentiment against them that an unruly mob gathered at the jail is all-too-willing to act as judge, jury and executioner.

Since its only previous home video release was on VHS in 1990, Try and Get Me! is a film noir that's been under many classic film fans' radars for some time now. Which is indeed a shame, because it's both a searing indictment of mob violence and a prime example of what we term the noir style: a returning G.I., in the throes of post-war disillusionment, foolishly takes an ill-advised detour to Easy Street and suffers the disastrous consequences.

Try and Get Me! made the rounds of various classic film festivals in 2013 (a new print was struck from the only remaining 35mm print, owned by fan Martin Scorsese), but its April 19th DVD/Blu-Ray debut from Olive Films allows more folks the chance to see a movie I have been enthusiastically promoting ever since I first watched that 1990 VHS release.

Cyril (Cy) Endfield had a promising movie career ahead of him after years of directing shorts and B-pictures; the same year Try and Get Me! was in theaters saw the release of another fine noir helmed by Endfield, The Underworld Story. But Cy's past political affiliations caught the attention of the House Un-American Activities Committee, and so the director fled to Europe where he continued his directorial career on such films as Zulu (1964) and Sands of the Kalahari (1965). Endfield wasn't the only person on the production to run afoul of HUAC; actors Art Smith (who plays the newspaper editor, Hal Clendenning) and Lloyd Bridges also saw their careers in danger though Bridges was saved by turning friendly witness.

Fans know Lloyd occasionally demonstrated the thespic chops to do good work in features like Home of the Brave (1949) and High Noon (1952), but he's perhaps best remembered as the star of the 1957-61 TV series Sea Hunt. Bridges gets a meaty role to play with in Try and Get Me!; channeling his inner Richard Widmark, Lloyd's Slocum relishes playing the part of the 'big man' with his fancy accoutrements and stepping out with luscious blonde Adele Jergens on his arm. Yet the actor is positively terrifying once he's put behind bars for his vicious crime, snarling and frothing like a rabid caged animal and swearing he'll kill Lovejoy's Tyler when he gets out.

Bridges is terrific, but I've always been convinced Frank Lovejoy -- whose radio career I rhapsodized over in a previous 'Where's That Been?' column -- is the true revelation in this movie. Lovejoy's film roles, like those in House of Wax (1953) and Shack Out on 101 (1955), often depicted him as stiff as cardboard, but Try and Get Me! is his finest hour onscreen.

His embarrassment at having to tell wife Kathleen Ryan he;s been unable to find work is very realistically conveyed, as is his anguish during his confession to Katherine Locke's Hazel that he didn't think Slocum was going to kill Miller and he's devastated by the turn of events. Finally, his fear knowing that he's doomed in the face of the angry mob outside his cell is disturbingly palpable...it's shattering that such a likable guy is going to pay the extreme penalty for one little misstep.

Katherine Locke's mousy manicurist is the standout female performance in this movie; I can't help but chuckle at the perverse irony that Hazel isn't so much concerned about Howard's complicity in a kidnap-murder (in her defense, she's unaware of this) but the fact that her 'date' drinks a lot and may be married (she asks him if he is; he lies and tells her no). There are rich character performances from the likes of Cliff Clark, Harry Stanton. and Irene Vernon, and if that nightclub comic looks familiar that's because it's Joe E. Ross (practicing his actual vocation) a few years before achieving small screen stardom on The Phil Silvers Show and Car 54, Where are You?

A number of critics have expressed that the weakness of Try and Get Me! is its political proselytizing (Renzo Cesana's humanist professor is a lightning rod for most of this) but for me the only nitpicks is the ending is a bit weak and unlike Fritz Lang's Fury, there's no set-up in Try and Get Me! for how the lynch mob came together (Lang does a first-rate job demonstrating how gossip and innuendo running rampant in a small town makes for a dangerous business).

I heartily approve of the proletarian aspects of the movie (demonstrating that socio-economic factors can contribute to crime) and the final words of Cesana still resonate with me: 'Violence is a disease caused by moral and social breakdown. That is the real problem, and it must be solved by reason, not by emotion. With understanding, not hate. Only thus can we regain the moral center of our universe.'