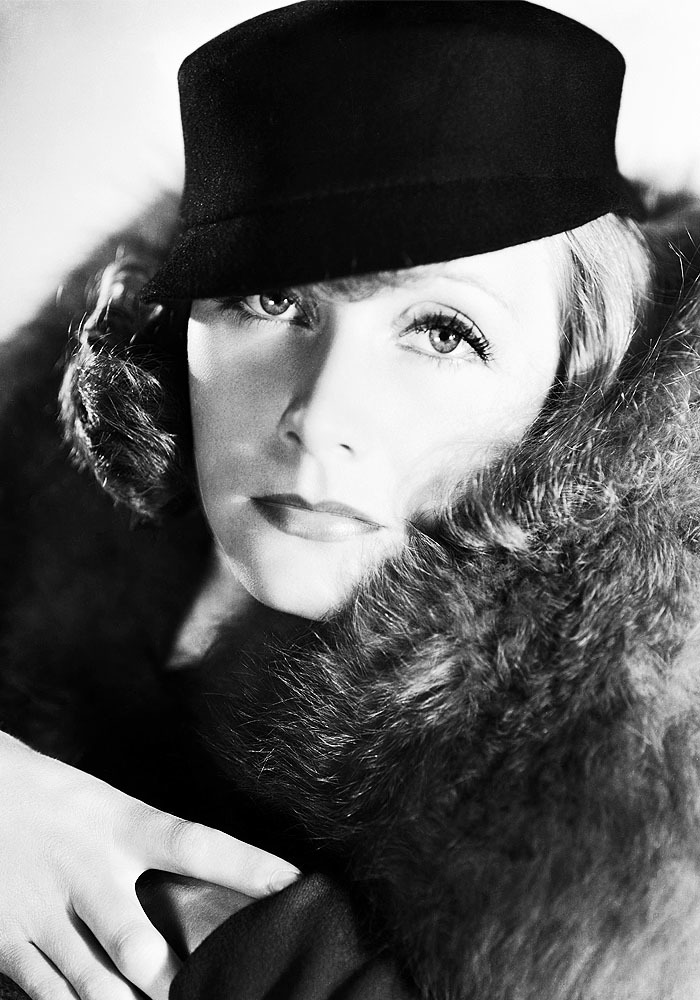 Garbo: Portrait of an Icon

Greta Garbo never appeared in a mystery, but she didn't need to because she herself was a mystery fans have tried to solve for the past 90 years. Early in her career, she shunned most of the rites of Hollywood stardom: premieres, press interviews, autographs, all were anathema to Garbo. On-screen, her sonorous voice and searching eyes hinted at an intense inner life. But of what did it consist? She was linked to her line from Grand Hotel: 'I want to be alone,' and after leaving Hollywood in 1941, she lived out her remaining half century in seclusion.

She made 27 features, 13 silent and 14 sound. They are a mixed lot, with far too many of them placing her as a seductress in a romantic triangle. In eleven of them, Garbo's character meets an unhappy end, dying in seven. MGM, which produced all but her first three features, sometimes gave her unsuitable leading men, such as burly Charles Bickford in Anna Christie, wispy Gavin Gordon in Romance, and, arguably, Clark Gable and Robert Taylor, both paired with Garbo at an early stage in their careers.

To those in the spell of her absorbing beauty and solemnity, none of this matters. All of her films are must-see events. (The Divine Woman, of which only a reel exists, is her only lost film.) She had as singular a presence as Chaplin or Chaney or Lillian Gish; such performers reward your attention even when the material is weak.

Garbo's presence is so intense it is difficult assessing her acting. Was she a serious artist with nuance, range, and technical skill? Some critics have denied this. Writing in the '50s, when many of her films were unavailable for viewing, publisher-editor Harry Golden stated: 'The first test of an artist is a passionate desire for communication. This Greta Garbo has never had...A beauty, a personality, yes -- but an artist, an actress -- no sir.'

Some of her directors felt Garbo had an unexplainable power that transcended craft. Barry Paris' excellent Garbo (1994) quotes Edmund Goulding, who directed her in Love and Grand Hotel: 'In the studios she is nervous, rather like a racehorse at the post...At the first click of the camera; she starts literally pouring forth Garbo into the lens.'

Become familiar with Garbo's films and you may well conclude Harry Golden underestimated her. Goulding saw her magic and Garbo was capable of skilled characterizations when the material supported her. Flesh and the Devil (1927), a romantic triangle melodrama, is hardly subtle, but Garbo, as a jaded sensualist, brings the love scenes to life. In Anna Christie she plays a bitter young woman, scarred by experience, making us feel her cynicism.

When MGM gave her an historical epic in Queen Christina, she gave a generous, measured performance, with smaller observed moments in the romantic scenes and a command of the big scenes showing her as a monarch. Camille has been praised by many fellow artists, notably Bette Davis, as a milestone Garbo performance. Finally, the wondrous Ninotchka has an accomplished comedy performance by the star, showing Garbo knew how to underplay and was willing to spoof herself. It's a tricky role, requiring her to deliver staccato dialogue in a deadpan style for half the film. The famous cafe scene requires a mastery of comic timing, and Garbo is wonderful in it.

No matter what creaky plot she glides through (see Romance for an absurdly musty plot); Garbo stands at a singular remove from her castmates. They are actors, she is Garbo. She embodies strange contrasts. Her figure is trim and lithe, but there is often a sense of languor. She rarely produces more than half a smile, and her crystalline eyes signal disappointment may be just ahead. Until you've seen Garbo, you've missed an unrepeatable chapter of film history.

A short tour of her career includes:

The Saga of Gosta Berling (1924): Her first important film where she plays a countess whose love helps a defrocked priest rebuild his life. Guidebooks describe her as plump in this, but that's overstated. Her close ups are wonderful -- Garbo was already expressing hidden emotions with her eyes.

Flesh and the Devil (1927): Her love scenes with John Gilbert were so passionate that audience members felt like voyeurs. This was her third American film, her first box office smash, and with it MGM found the style for most of her subsequent works. She made many romantic triangle stories, but this is probably the best.

The Single Standard (1929): Three years before Grand Hotel, Garbo squelches a street corner lecher by saying, in an intertitle, 'I'm walking alone because I want to walk alone.' This is her ninth American film, a romantic triangle, and she is more animated, more at ease before the camera. Notable for the scenes of her yacht cruise with Nils Asther, dressed in white lounging slacks and top, and swimming in a suit cut along the lines of tennis togs.

Anna Christie (1930): Garbo's first sound film showcased a voice both resonant and articulate. Like her eyes, it hinted at repressed emotions. Garbo's acting here is thoughtful and quite modern, with as much back story as a 1950s method performance. Best of all: her scenes with Marie Dressler, an unlikely pairing that may be her best collaboration with another star.

Susan Lenox: Her Fall and Rise (1931): Clark Gable was in the first year of his MGM contract when he was paired with Garbo. They have little chemistry, and it's not just Gable's rookie status that's in the way; it's hard thinking of any stage of his career in which his hearty, go-ahead swagger would mix well with Garbo's undercurrents. The story is a tangled melodrama. See it for William Daniels' gorgeous photography (he filmed nearly all of her MGM titles) and Garbo's understated acting.

Mata Hari (1932): Garbo's exotic dancing is a highlight of this delightful antique. Of all her films, this one is the closest to pure kitsch. Her visit with her wounded lover (Ramon Novarro) scores an unintended laugh when it's shown today in theaters. Novarro, wearing a huge bandage, tells her he can't see, and Garbo must respond, 'Is it your eyes?'

Grand Hotel (1932): Too big a film to miss, but a film filled with self-conscious acting, and by modern standards, Garbo pushes too hard as a manic-depressive ballet star. We watch this for the reason they did in the spring of 1932 - we get Garbo, Crawford, two Barrymores, Beery, and Lewis Stone. But the most natural acting is by Adolphus, John Barrymore's eloquent dachshund.

Queen Christina (1933): MGM gave Garbo this big-budget epic to sweeten the deal of her contract renewal. With Rouben Mamoulian's meticulous direction, it gives us classic scenes - the extended sequence with John Gilbert in the country inn, ending in Garbo's ritual, a fantasy dance to 'remember this room,' and the film's unforgettable final shot. Just as marvelous is Garbo striding through the palace in her riding habit, with a wide-brimmed leather hat, as dashing a figure as she ever cut.

Anna Karenina (1935): A heavy tragedy presents Garbo at the peak of her slender-faced glamour; her scenes with Basil Rathbone, a master of theatrical diction, evoke some of her most carefully chosen acting moments.

Camille (1936): MGM's follow-up to Karenina was yet another tragedy, although, in retrospect, MGM under Irving Thalberg's artistic direction was the best possible studio for Garbo. Camille is not for all fans, but if you find the lengthy ending hard to endure, watch this for Garbo's excellent scenes with Lionel Barrymore and, especially, with Henry Daniell at his venomous best.

Ninotchka (1939): The miracle film that Garbo's career needed, a witty romantic comedy in which she is buoyed by Ernst Lubitsch's direction, a clever script (Billy Wilder had a hand in it), and the expert playing of Melvyn Douglas and Ina Claire. And who would have predicted a dialogue scene between Garbo and Bela Lugosi? This is essentially her career capstone, and what a capstone it is.